Error: Only up to 6 modules are supported in this layout. If you need more add your own layout.
HomeAsphalts

Bitumen is an oil based substance. It is a semi-solid hydrocarbon product produced by removing the lighter fractions (such as liquid petroleum gas, petrol and diesel) from heavy crude oil during the refining process. As such, it is correctly known as refined bitumen. In North America, bitumen is commonly known as “asphalt cement” or “asphalt”. While elsewhere, “asphalt” is the term used for a mixture of small stones, sand, filler and bitumen, which is used as a road paving material. The asphalt mixture contains approximately 5% bitumen. At ambient temperatures bitumen is a stable, semi-solid substance.

Bitumen is classified by the depth to which a standard needle will penetrate under specified test conditions. This “pen” test classification is used to indicate the hardness of bitumen, lower penetration indicating a harder bitumen. Specifications for penetration graded bitumen normally state the penetration range for a grade, e.g. 60/70. Other tests are used to classify the bitumen for specification purposes, such as softening point, solubility, flash point etc. 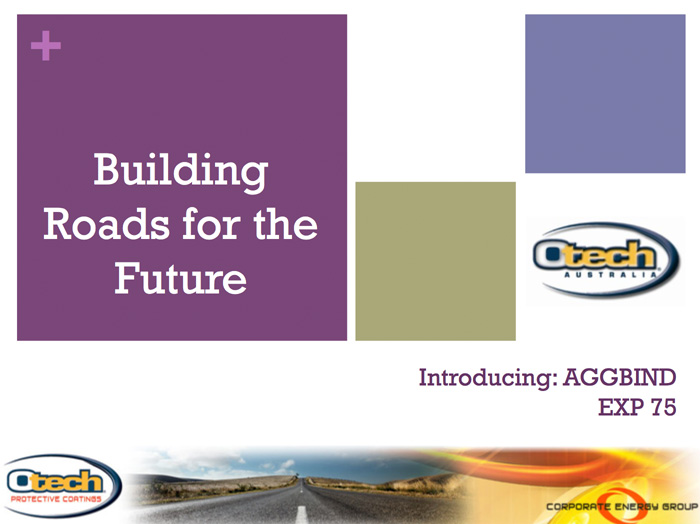 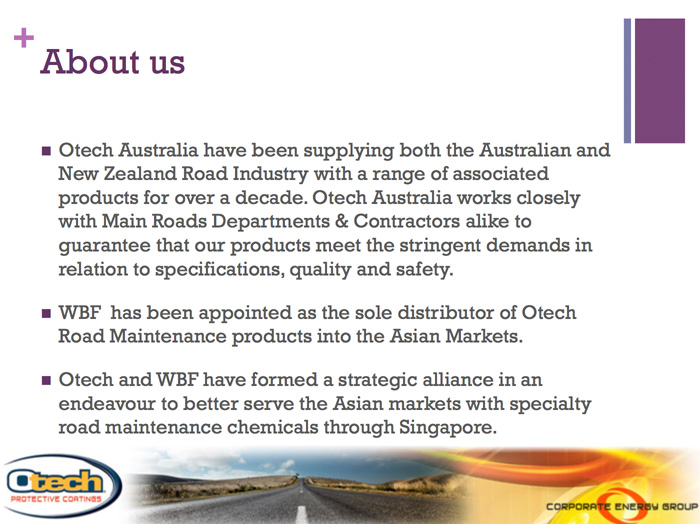 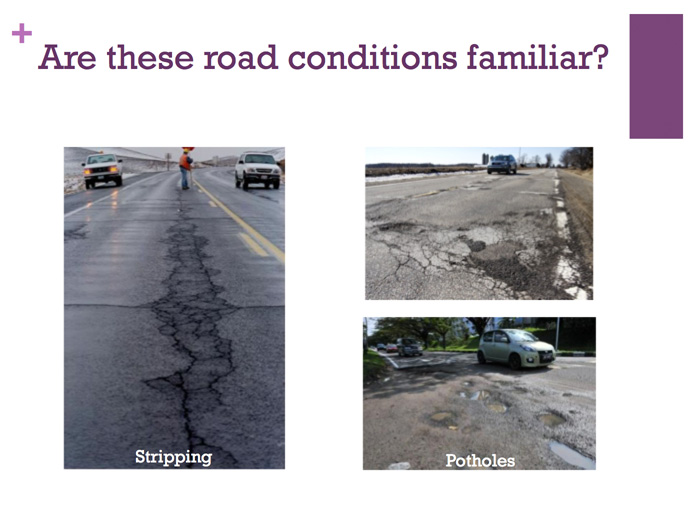 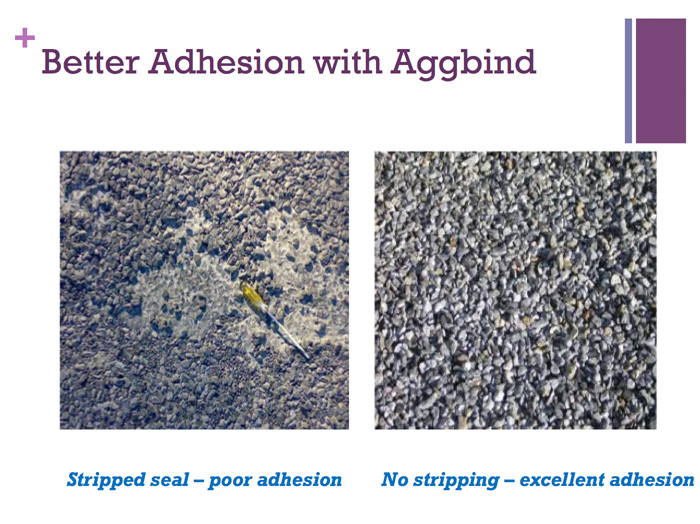 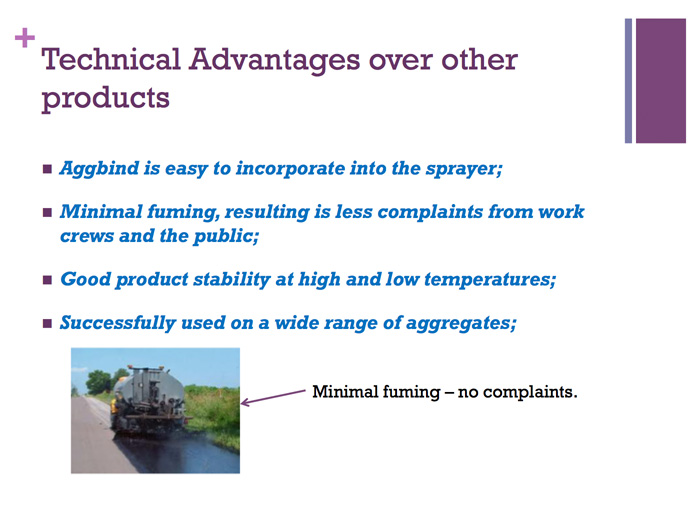 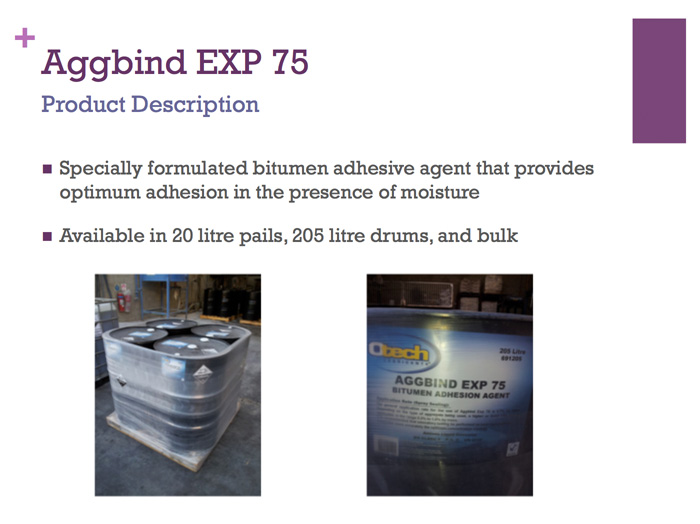 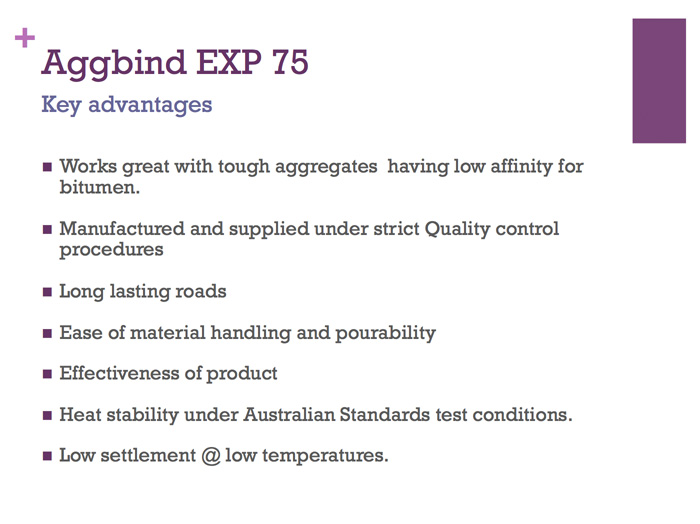 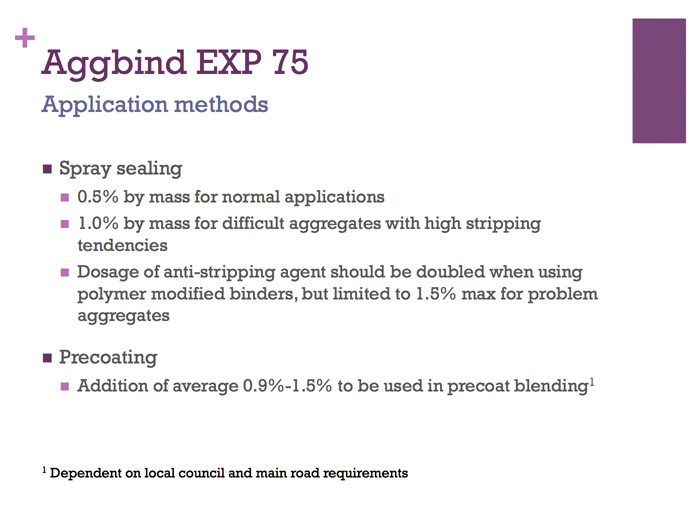 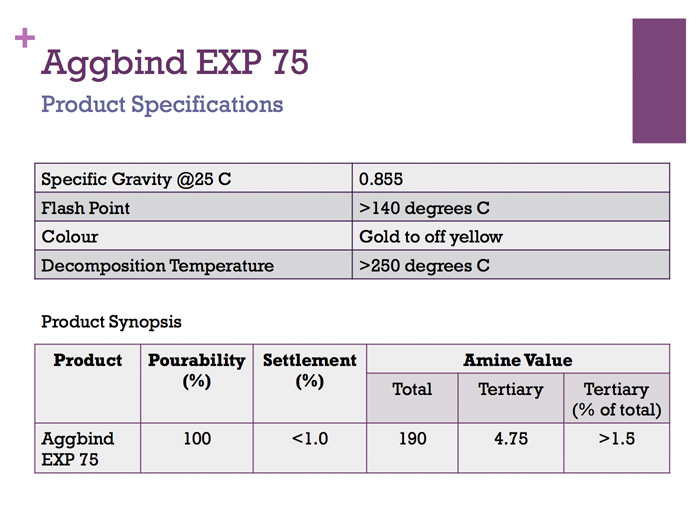 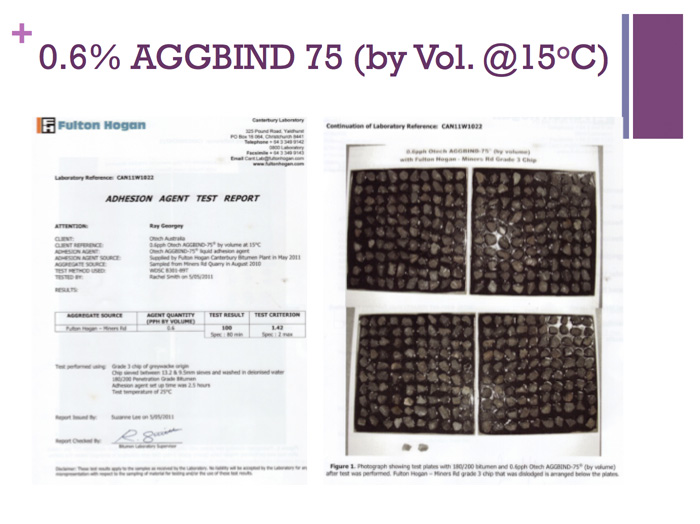 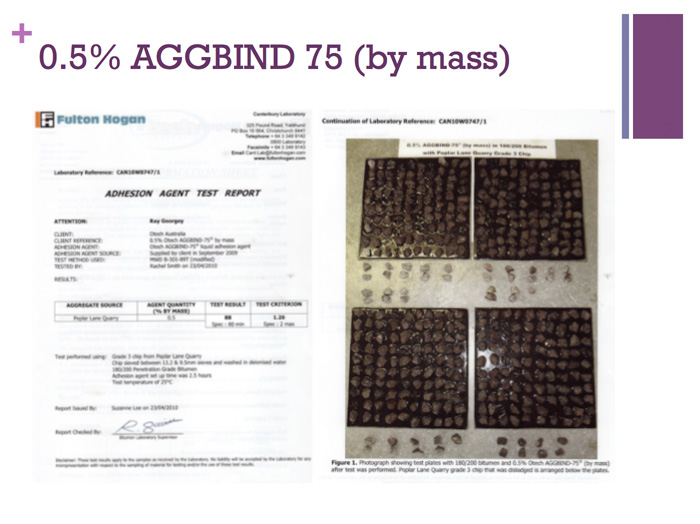 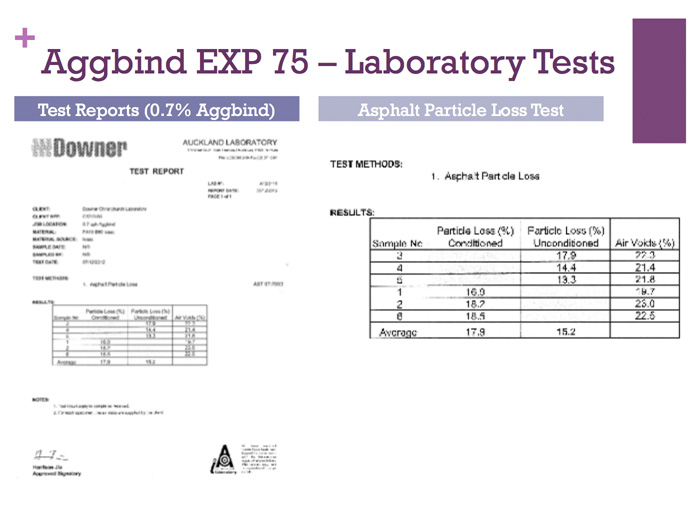 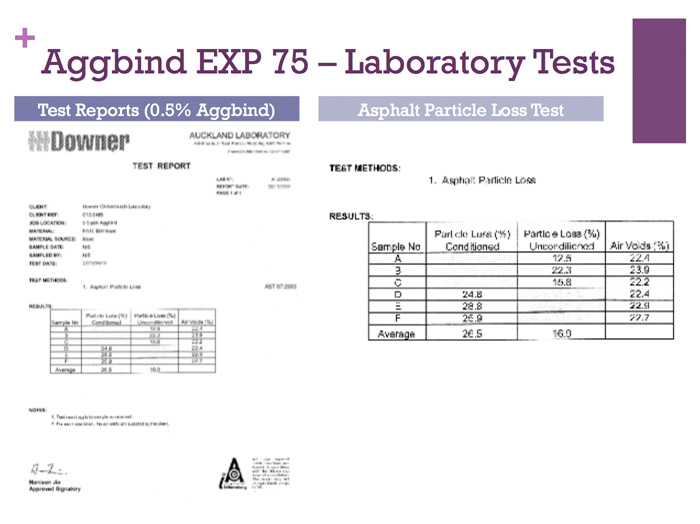 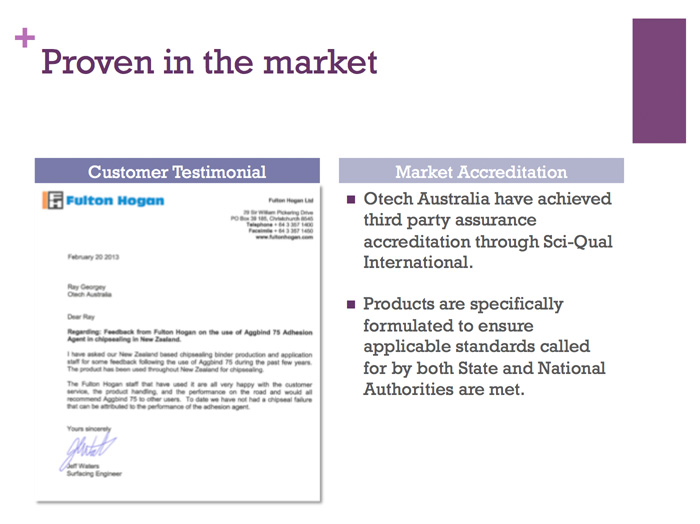 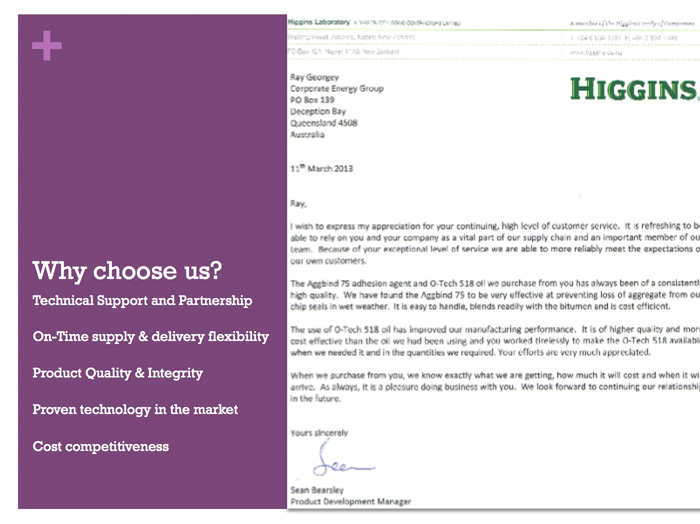 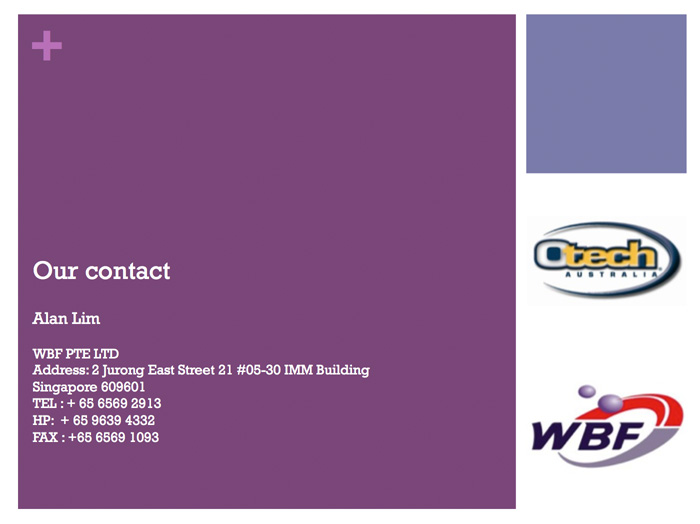 Aggbind Exp 75 is a specially formulated bitumen adhesion agent used to provide optimum adhesion in the presence of moisture or advance the adhesion of aggregates that have an inferior affinity for bitumen.

Using Aggbind Exp 75 greatly improves the resistance to stripping of bitumen seals even when using aggregates that include acidic or quartz rich materials such as quartz, quartzite, granite and some river gravels. These aggregates are generally high in silica content and present a higher risk of stripping.

Asphalt Release Agents are made from completely natural raw materials used where good adherence and effective release is required particularly when used in environmentally sensitive areas.

Bitumen paints are used in construction and industrial sealing applications.

Looking for the best lubricant to use on your machinery? We recommend the use of RoyalPrecision's Lube Desk to locate the exact type of oil you need before looking at our cost-efficient and high-grade products.

Humans have been using petroleum products for a long time. Asphalt was used in ancient Babylon as mortar for buildings and for waterproofing ships. Tar was first used in 8th century Baghdad to pave roads. Crude forms of kerosene was used to light lamps.

During the reign of the Byzantine Empire, greek fire – an incendiary weapon which exact formula was long lost to history but thought to contain various petroleum products – was a formidable weapon because pouring water on it only intensified its flame.